How to Set Up a Donor-Centered Ask (originally published on 101fundraising.org) 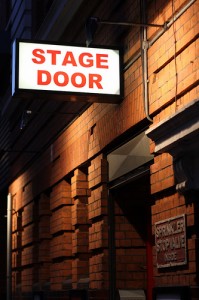 A good major gifts fundraiser knows that an ask centers on the 5 R’s: the right person asking the right prospect for the right project, at the right time for the right amount. But many times the focus is completely on the organization, with the prospective donor becoming a kind of secondary consideration in the process. There’s a reason why.

I think of it as old-school versus new-school fundraising. In the social sector, it sometimes seems like our current best practices have been around forever. But the reality is that we used to set up solicitations in a very different way. Have a look at old versus new in this list to see if your fundraising team is practicing a modern, donor-centered approach.

Old: Rank and superior status ruled the day. We would sometimes look for a person who was so influential and powerful that the prospect “couldn’t say no.”

New: Finding the warmest relationship is the most ethical way to go. This ensures that the donor and the solicitor understand each other well, and sets the stage for a less stressful meeting.

Old: Linkage, ability and interest were all that mattered. Decisions on who to ask were based on this quick checklist – if the suspect hit all the criteria, he’d be added to the prospect pipeline.

New: Meet with the person and ask about his current interests. I see so many charities spending hours on researching people who would likely tell you everything you want to know if you simply took them out for a coffee.

Old: The right project was usually the one that most urgently needed funding. If the prospect was interested in a different project, or worse, one that was already funded, the solicitation would hit an impasse.

New: Quality relationship-building with the prospect should include ongoing conversations about what is important to him and to the organization. Give the prospect as many options as possible so that you don’t miss the giving opportunity that is most meaningful to him.

Old: We were prone to asking when it suited the organization most, not the donor. Has your team ever executed a “just-in-time” cultivation event right before a big campaign to line up some big asks? Have you ever been pushed by the boss to hurry up a solicitation right before the fiscal year end? It happens.

New: Ask the prospect when he wants to give. It shows incredible respect when you ask someone’s permission to solicit them in future. Do you remember when it was a best practice to book a solicitation without telling the person why you were coming? An ambush has no place in donor-centered fundraising.

Old: Very often, the fundraising team would research the largest amount the person had given to charity and use that as their ask amount. After all, the prospect had proven his capacity and inclination to give at that level once, so wouldn’t anything less be low-balling your charity?

New: Plan the ask with the prospect in a series of meetings or other touch points. Once you have his permission to ask and have a project in mind, start working as partners to craft the proposal and the price. I have witnessed excellent examples of this where our team shared a project idea with a donor, well ahead of any solicitation, and talked to him about the range of donation needed for it. Doing this allows you to gauge the prospect’s reaction to a dollar amount and adjust accordingly. Why wait until the actual solicitation and hope for the best?

About Siobhan Aspinall: I am a Certified Fundraising Executive (CFRE), passionate about the environment, social causes and surfing. I have been fundraising in Vancouver, Canada for over 16 years and love working with people who have a fear of fundraising. Call me for help developing a first-time fundraising plan, starting up a major gifts program, writing a case for support, or anything else that's keeping you awake at night! Please find me on linkedin or facebook and tell me what you'd like to see in future posts! : ) Photo Credit (sanddollar header): Minette Layne via Compfight cc
View all posts by siobhanaspinall →
This entry was posted in Uncategorized. Bookmark the permalink.